from Giant Kitten by Carrie Dahlby 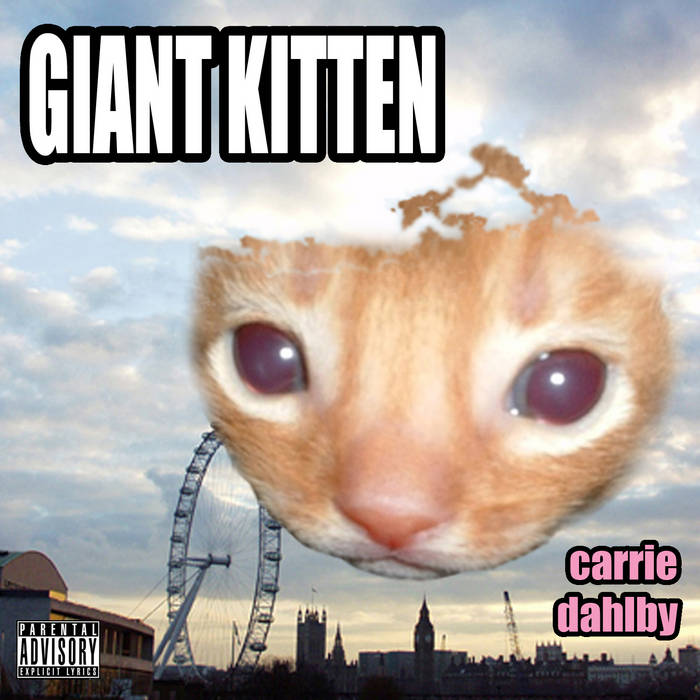 I was seated in seat number A19 on the 3rd balcony before the Steely Dan concert at the Auditorium Theatre in Chicago, on June 27th of 2007. While writing in a notebook waiting for the concert to begin, these parody lyrics for "Hey Nineteen" by Steely Dan pretty much wrote themselves, and yes, a drunk guy did throw a beer at my head. The great Luke Ski helped with a few additional lyrics and the sketches, as well as appearing as Drunk Guy. Chris Mezzolesta of Power Salad is 100% responsible for the instrumental and the mixing/mastering, and 50% responsible for the vocals. DJ Particle also makes her first appearance as Security Joan in a Carrie Dahlby track.

Incidentally, you should check out this news story about the recent Steely Dan concert in Chicago on August 16th, 2008. It's surprisingly relevant...

A19
A parody of “Hey Nineteen” by Steely Dan,
about attending a Steely Dan concert.
Parody lyrics by Carrie Dahlby
© 2008 Carrie Dahlby.
Additional dialogue by Luke Sienkowski aka “the great Luke Ski”.
Carrie: The following is based on the true story of my Steely Dan concert experience in Chicago… and my actual seat assignment.
(Verse 1)
Lead: Way back in 2007
My concert seat was way too high
Someone told me that I’d sat in her spot
Climb one more level,
Where the hell am I?
(Chorus)
Lead: A19
Backing: Down front in the 3rd balcony
Both: No, I can’t see at all
Lead: Please take me along when you sneak on down…
Drunk guy: Hey, Steely Dan! I love that guy!
(Verse 2)
Lead: Hey, drunk guy,
Please shut the hell up
Drunk guy: Skinnard!
Lead: He don’t really care
Where his beer fell…
Carrie: You better think what you trynna do to me! Show me some respect!
Lead: It’s hard times for us in
The nosebleed section
Drunk guy: Play “Come Sail Away”! Woo!
Lead: You think we’re crazy
But we’re just broke as hell
(Chorus)
Lead: A19
Backing: Why did I pay Ticketmaster?
Both: No, I can’t see at all
Lead: Please take me along to the main level…
Carrie: Hey, look! It’s Chris Mezzolesta of Power Salad! Hi Chris!
Chris: Hey, Carrie!
Carrie: You wouldn’t believe the bad seat I have! A19 on the 3rd balcony, and it’s right behind a post!
Chris: You think that’s bad, I’m seated on the 4th balcony level bathroom!
Carrie: Oh, ew! The men’s room?
Chris: No, in the women’s room on the diaper changing table!
Carrie: Screw that, let’s sneak down to the main level.
Chris: Affirmative.
Male lead: Idea sounds good. Mmm, mmm, mmm. Let’s go a little lower now!
Female backing:
The front row of
The auditorium
Oops, security sent us back…
Male lead: Let’s try this again…
Female backing:
The front row of
The very first balcony
Oops, security sent us back…
Chris and Carrie: One. More. Try.
Female backing:
The front row of
The 2nd balcony
Then we get thrown out on the street…
Backing: The dark and lonely alley
No, we can’t see at all
Carrie: This is full of lose.
Chris: Let’s see if the Steely Dan tour bus is in the alley.
Carrie: Look, there’s the Stage Door! And… another security guard.
Chris: I have an idea. Follow my lead.
Joan: Excuse me, you can’t come in through here. This is for band and stage crew only.
Chris: Ma’am, don’t you recognize internationally renowned pop-rock diva Pixelene?
Joan: Uh…
Chris: She has the current #1 pop hit “I Kissed a Squirrel and I Liked It.”
Carrie: W.T.F., O.M.G. G.T.F.O.
Chris: What does your badge say? Joan? Well, Mizz Joan, I’m from Rolling Stone magazine and I’m here to cover the historic first meeting between Pixelene and Steely Dan. Here are my credentials.
Joan: That’s a CTA bus pass.
Chris: That’s just to fool the paparazzi.
Carrie: Colon, open parenthesis.
Joan: I’m sorry, ma’am. Come right in.
Chris: Much obliged, guvna.
Carrie: T.Y.! T.T.F.N.
Chris and Carrie: Three-times perfect!
Chris: Carrie, look out for the keyboards!
Carrie: Ahhhhhhhhh!
Drunk guy: Any Major Dude is in my pants. Hah! Hey, Larry. I said Any Major Dude is in my pants! Yeah, I know. It’s funny.

MF DOOM is given his flowers, plus appearances from MC Jada Imani and Stanley Ipkuss